The impetus for the PLASTIC RIVERS rug concept arose from profound concern and a mission to raise awareness of the plastic debris that ends up in our waterways, rivers and oceans. Hence, the designer Álvaro Catalán de Ocón together with GAN Rugs launched a clear call to action to combat this substantial contributor to global pollution.

The result, dubbed Plastic Rivers, is more than a sophisticated work of protest design. In the process of manufacturing the rugs, the ‘thread’ that is created from recycled plastic waste takes on new meaning, revealing the paradoxical beauty of its origins: rivers, which have become landfills that drag with them thousands of tons of plastics into the ocean.

These extraordinary rugs are meticulously handcrafted, stitch by stitch, pixel by pixel, to portray scaled-down depictions of Google Earth panoramas of the eponymous rivers featured. Thus, spectacular patterns of basins, mountain ranges, plains and river mouths, in shades of blue, green and brown, stand out in each design of this small but powerful collection.

Produced by a team of artisans using the hand-tufted technique, the rugs are made without knots, and significantly with yarn produced from 100% recycled PET - largely from plastic bottle waste. And the composition of the Plastic River Rug No.6 design “Ganges” is particularly poignant as the recycled material used in it was collected from the surroundings of this river.

Remarkably, the resulting texture is very soft, resistant and durable weave that according to the designer “makes you wonder whether it is really made of PET and not wool.” But unlike a wool rug, the Plastic Rivers rugs are suitable for both indoor and outdoor use, and their entirely recycled composition also makes them fully recyclable at the end of their long life. 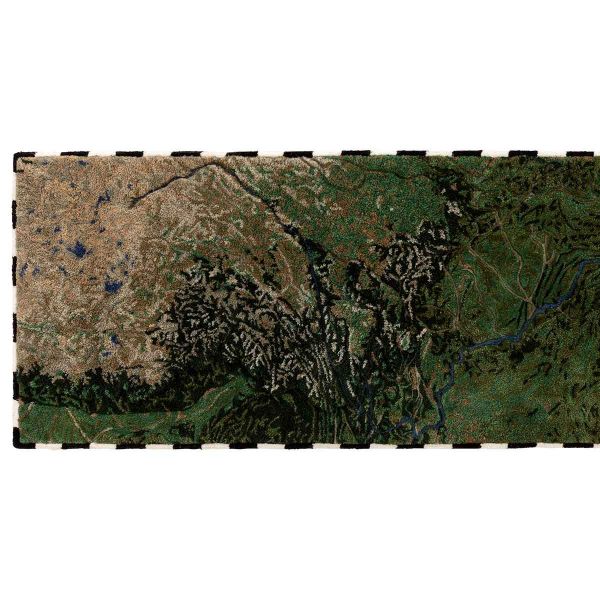 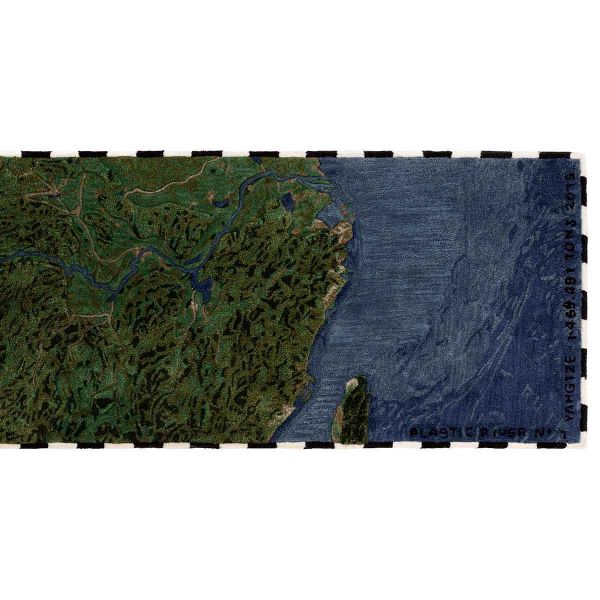 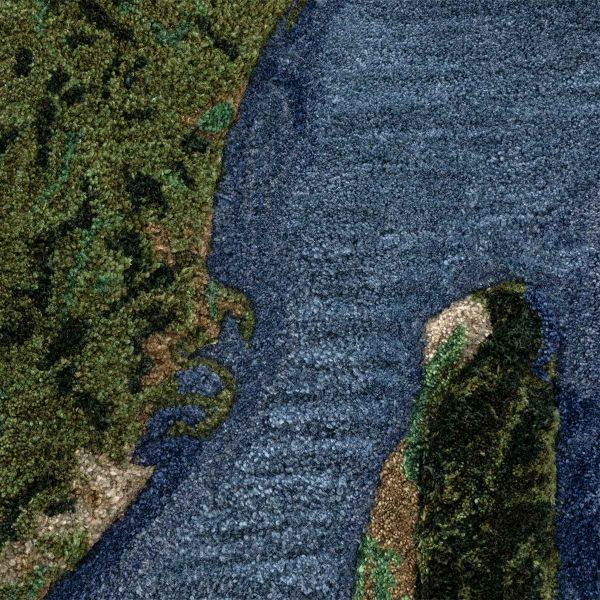 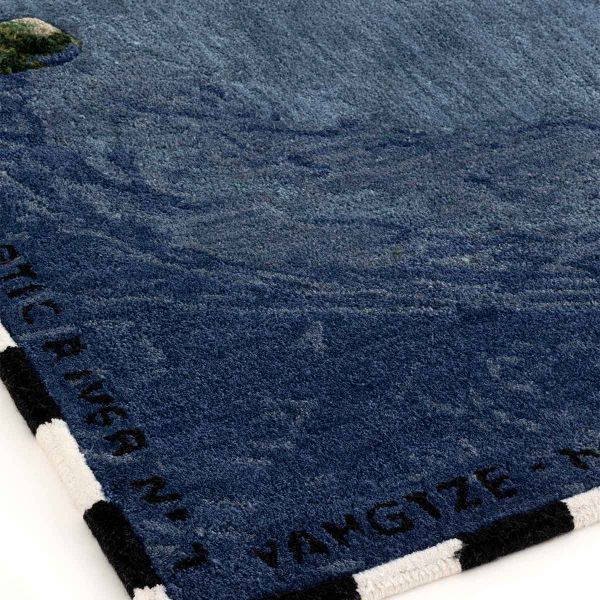 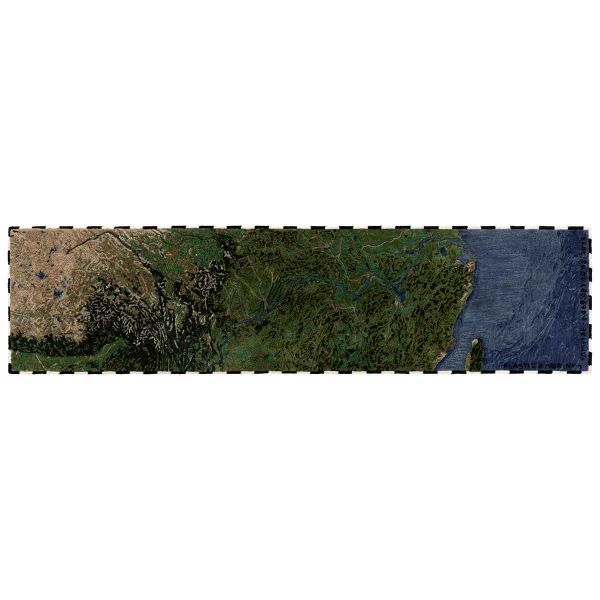 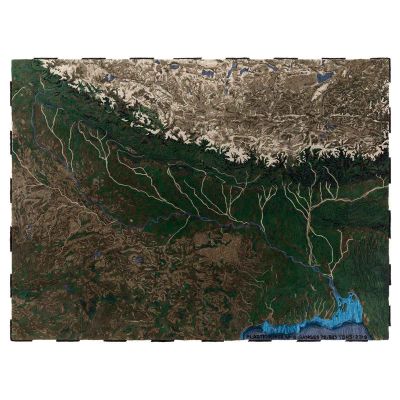 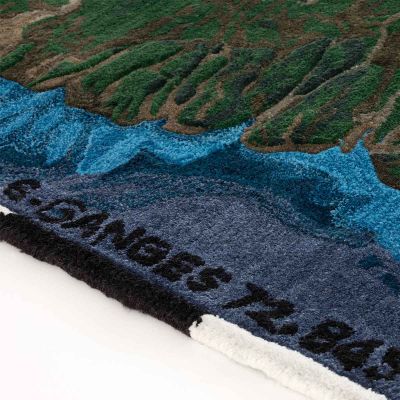 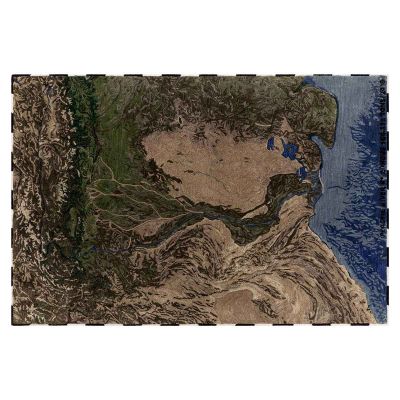 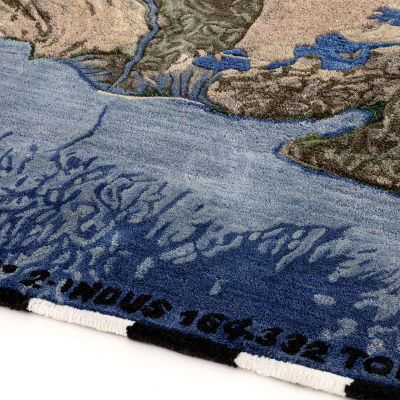 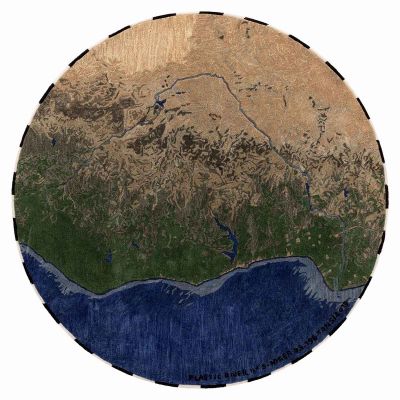 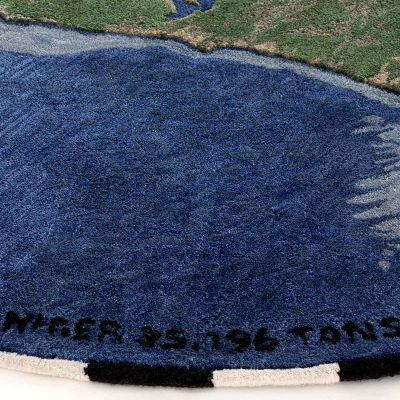