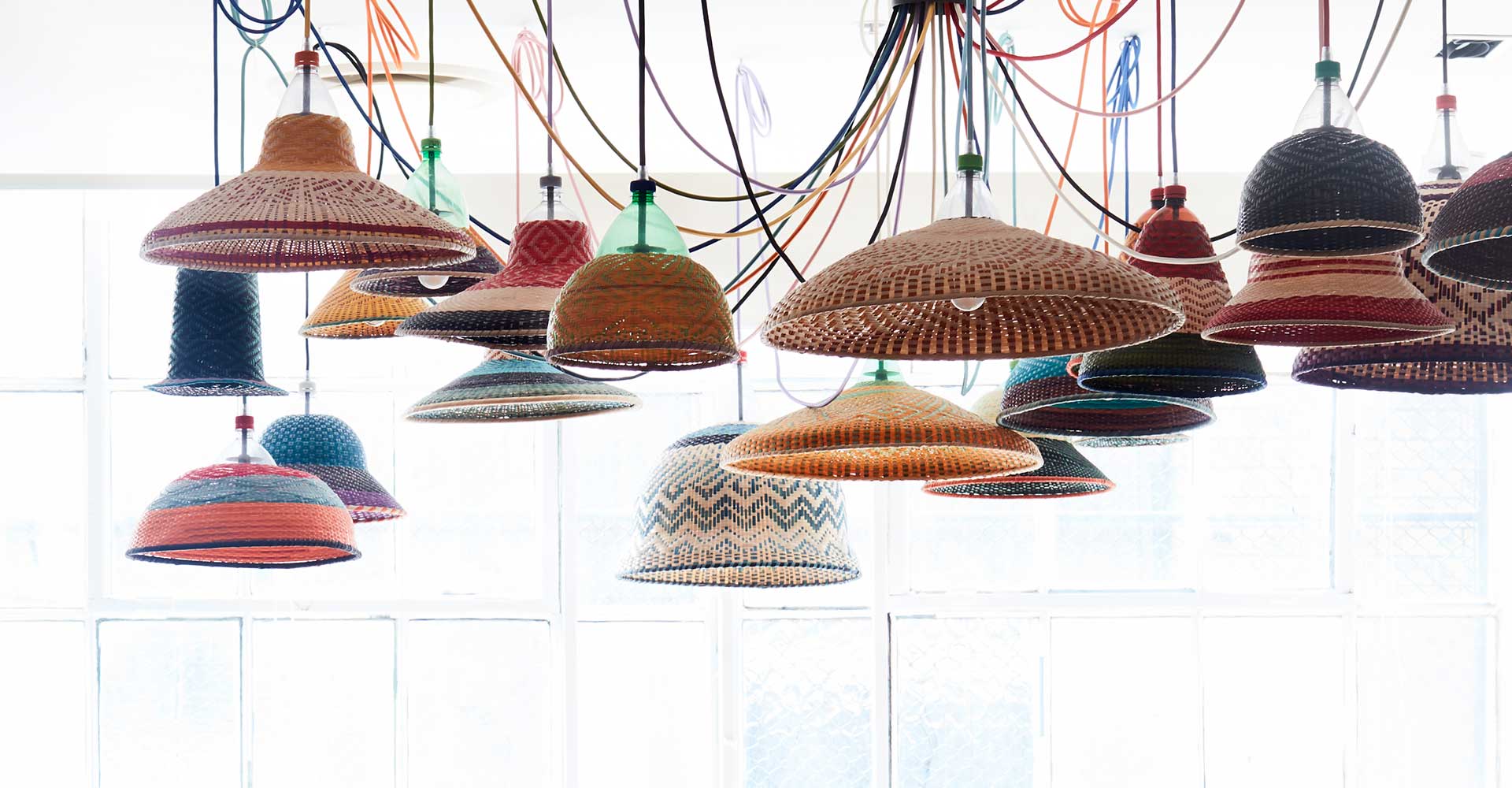 An example of industrial design righting the wrongs of the industrial process, the PET Lamp concept is the result of designer Alvaro Catalan de Ocon’s invitation in 2011 to take part in a project in the South American country of Colombia focused on the reuse of the PET plastic bottles that were rapidly suffocating the Colombian Amazon. De Ocon decided on a solution that would address this most modern of dilemmas by embracing the traditions of the past, and tick a few ethical and ecological boxes in the process: upcycling the disused plastic bottles into delightfully quirky lighting crafted by local artisans, most of whom had been driven from their homes by a brutal guerrilla war being waged in the southwest region by the FARC and the country’s infamous drug cartels.

The resulting light fittings, produced from a workshop in the Colombian capital of Bogota, not only resurrect the plastic bottles in their entirety (the body is sliced into strips to create the warp for weaving while the wiring and hardware is fitted through the screw top lid and bottleneck) but also the ancient textile traditions of the craftspeople themselves, whose style and methods of weaving, from the fibres used to the colours to the motifs, render each and every light both totally unique as well as totally reflective of the tribes they come from.

“This is the new world order in our opinion,” says Fiona Spence. “Products that not only enhance our personal environments, the spaces we live and work in on a day to day basis, but that also work towards bettering the world as a whole.”